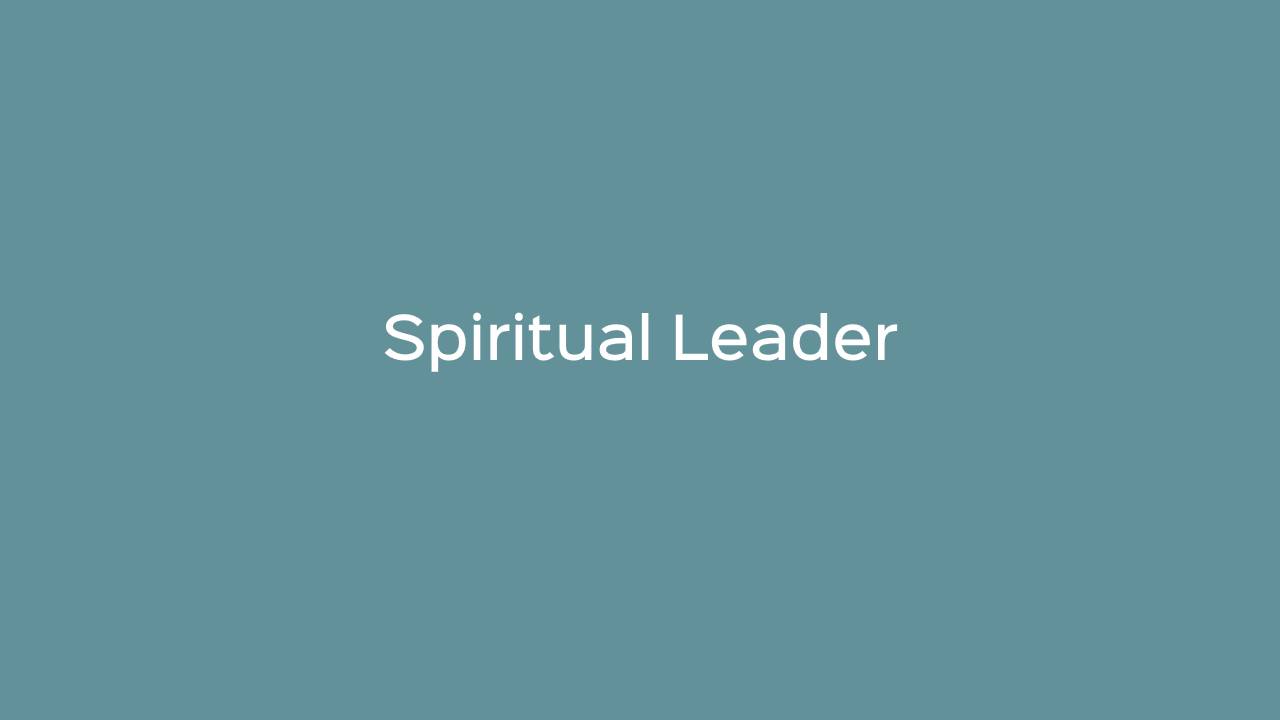 The notions of a good leader and efficient leadership have become very popular in the 21st century. There are different leadership styles which vary not only in methodology but also in personal qualities a successful leader must have. Among all these styles, spiritual leadership suggests a unique approach to solving contemporary problems in the respective field and provides a new perspective based on concepts that have stood the test of time through thousands of years. Contrary to mainstream managers spiritual leaders are not full of self-ambition, but they are devoted servants of their team focused on God’s instead of personal wishes. When success in competitive business is associated with personal achievements and self- triumph of a leader, success in spiritual leadership is interpreted as success of the whole team and each member in particular. Spiritual leadership presents a new view at contemporary leadership and is worth to study and implement in each sphere of life and business. Spiritual leaders as sacrificial, authoritative, intelligent, patient, calm, empathic, peaceful, just, and fair. Therefore, to delve deeper into the subject, qualities of a good spiritual leader, methods, and disparities as compared to mainstream leadership should be identified.

First of all, church leaders should be authoritative, and sacrificial. Oswald Sanders in his book, Spiritual Leadership: A Commitment of Excellence for Every Believer, writes that “spirituality is not easy to define, but you can tell when it is present.” Spirituality comes with Holy Spirit and eliminates most of sinful qualities of mainstream leaders, who are focused on self-realization, ambitions, and wishes in the first place. Contrary, spiritual leaders believe that each personal wish is worth of nothing in comparison with God’s knowledge and wisdom. Thus, the Bible and God’s commandments are the main guide and purpose of life for spiritual leaders.

The ambition of spiritual leaders can be considered as sinless only if it “centers on the glory of God and welfare of the church and remains to be mighty force for good.” In the authorized King James Version of the Bible the word leader is mentioned only six times and does not concern spiritual practice but historical events. In all six cases, it has a negative or neutral meaning. For example, a line from Matthew 15:14 tells that, “they be blind leaders of the blind. And if the blind lead the blind, both shall fall into the ditch.”

Along with the names of major biblical figures, such as Moses, Gideon, and David, the word servant always prevails. This fact underlines the main goal of leadership in a religious context. A leader is not one who aims to be recognized and adored. He/she is the one who sacrifices his/her life to make the world and other peoples’ lives better through deep knowledge of God’s truth. John 10:11 describes spiritual leadership in the following lines “I am the good shepherd: the good shepherd giveth his life for the sheep” to show what it takes to be a good leader. The gospel of Mark 10:42-43 adds that, “whoever wants to become great among you must be your servant, and whoever wants to be the first must be slave of all.”

The spirit of servanthood characterizes itself through interdependence in a team, approval, and identification of the talents and abilities of every church member for delegation of duties and projects, deep empathy to everyone in the team, and optimism. Spiritual leader “will not falter or be discouraged till he establishes justice on earth.” Thus, church leaders should have sufficient inner resources to withstand possible challenges. As all humans do, they become tired but have no right to surrender as it would mean not only failure of lead but personal and spiritual sinful fall, which is the most terrible thing for a believer.

Spiritual leaders are considered successful when they have low prestige. The highest aim for them is spiritual growth of the people they lead. They do not perceive themselves as great minds but consider themselves as conductors between God and people. Each advice they give and every action they do is based not on their personal experience and thoughts but on the Word of God, the truth of which remains firm through millenniums. “God direction makes them peaceful, fair, just, sensible, kind and slow to anger” as “the plans of the heart belong to man, but the answer of the tongue is from the Lord.”

Sanders confirms that true leadership is always out front. For this reason, spiritual leadership first of all concerns personal relationships, administration, spiritual tone, group morale, problem solving, and creative planning. Like natural leaders, spiritual leaders must recognize weaknesses, make corrections, and cultivate strength of their work, but they are also focused on the growth of their followers more than on other factors. They gain followers not because of their position but because of the type of person they are. Thus, spiritual leaders influence and inspire rather than directing and instructing, as natural leaders often do. This impact is the key to solving the existing deficiency in good leaders.

Oswald Sanders provides an explanation to the notion of leadership and says that “leadership is influence, the ability of one person to influence others to follow his or her lead.” As we can see, mainstream leadership has lost such quality. Subordinates follow the tasks of the boss because he/she pays money for them and can fire them, and not because their heart belongs to his ideas. The change of the director often leads to gladness among ordinary workers and rarely influence their lives. Spiritual leaders have a different approach to team work and consider every part of their team equal and irreplaceable. The lines to Corinthians 12:12 from King James Bible explain that, “for as the body is one, and hath many members, and all the members of the one body, being many, are one body: so also (is) Christ.” It means that the loss of every member in spiritual leadership is a great reverse, and the measure of it does not depend on his/her position.

Differences between Natural and Spiritual Leaders

Both spiritual and natural leaders should be well-organized, hard-working, and outgoing people. They should read and learn much, share their knowledge with their teams and listen patiently to do their work well. Though, spiritual leaders should blend not only natural but also spiritual qualities.

Brent Rinehart adds in his article that spiritual leaders are slow in anger and never shout at their followers. Peace, fair, and justice are more important for them than profit. Proverbs 16:8 says that, “better is a little with righteousness that great revenues with injustice.” No intrigue and rivalry are natural for spiritual leadership as harmony, friendship, and unconditional love between all members of the church are its cornerstone.

Even if spiritual leadership methods are less popular in the secular world, they are not less effective and can be used by the owners of small businesses, who aim to organize family-like team work. As both common workers and bosses of big companies are sick and tired of this rat race which drains all energy, health, and undermines human relations. In the competitive and stressful world of leadership, it has sense to review and implement some techniques of spiritual leadership into their practice.

In conclusion, spiritual leadership provides society with quality leaders as they combine in their practice not only mainstream but also spiritual methods, which allows them to influence and inspire their followers in a better way. This leadership style is much deeper than natural leadership, in which a leader directs and instructs only as it influences not only people`s financial and job positions but their hearts. Spiritual leaders who are inspiring, just, fair, humble, peaceful, and dependent on their teams devote themselves to every team member, the cornerstone of team work. Their methodology focuses on personal relationships, group morale, and spiritual growth of every team member in the first place, while administration, creative planning, problem solving, and productivity are less significant. A quality leader does not focus on self-ambition but on the ambitions of the team and God, and it makes him/her a servant and tutor rather than a ruler and commander.