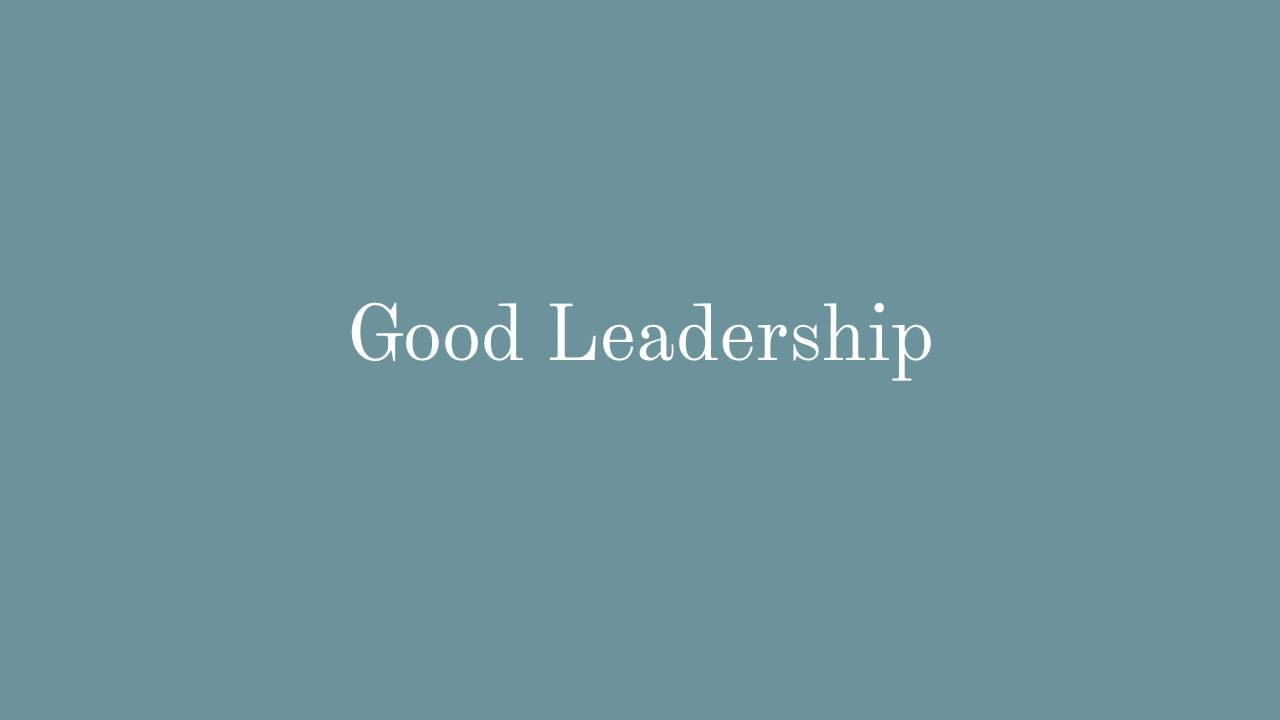 Good leadership depends on the leader’s personal qualities and ability to implement them in his/her leadership style in order to cause positive effect on the employees performance. Some of leaders’ qualities might be natural traits, while others need to be developed and trained.

Positive influence is rather a personal quality, which works like motivation or inspiration (Tkaczyk, 2014); a leader with this quality is able to inspire employees to make a difference, to show that they are able to do their work better. Communication skills are more a trained quality, which a leader is able to develop by experience and constant practice. Effective communication is the core of any leadership style; without it a leader cannot make a contact with his/her employees, explain their mistakes and direct them in their work. Besides, a good leader should be able to persuade employees to do what is necessary to do in order to achieve mutual success. Persuasiveness predetermines that a leader is able to explain to employees the importance of particular action and its necessity for the team. Sometimes persuasion is used to ensure that employees do the work they do not like to do by promising them some benefits in the end (John C. Maxwell, 2014). A good leader should also be able to introduce a positive role model. His/her leadership style should bring some positive changes to the organization and employees. A leader should not criticize, but explain what should be done to avoid these challenges in future. Finally, all the qualities possessed by a leader should be organized in one system. Balanced commitment predetermines that a leader takes into account all possible solutions, both positive and negative, and make only those decisions that will bring the ultimate benefit for his/her organization and the team.

Among the introduced characteristics, the most difficult to achieve are positive influence and persuasiveness since they are rather personal qualities which a person may or may not have. For instance, communication skills can be improved if they are poor, balanced commitment depends on practice and experience as well as a positive role model. However, a positive influence is something that a person has or may not have regardless of whether he/she is a leader or not. A leader cannot learn how to persuade employees, this quality is developed during his/her childhood. If a person cannot persuade others in his/her 20s, he/she will not be able to do it in his/her 30s or 40s (Deal, 2014).

If I had to develop my personal leadership style, I would inculcate such attribute as risk-taking. It helps to make a necessary decision in challenging situations. For instance, a leader faces a dilemma; he/she may make a decision that will bring big benefit to his/her team, but if he/she is wrong, it will have a negative effect rather than positive or he/she may only take those decisions which are 100% beneficial. Unfortunately, the most beneficial decisions are those which include a certain level of risk. Indeed, one may fail, but next time the same decision will bring the double-sized benefit which will compensate for the previous loss. Thus, I believe that only risk-takers are able to move forward and achieve better results.